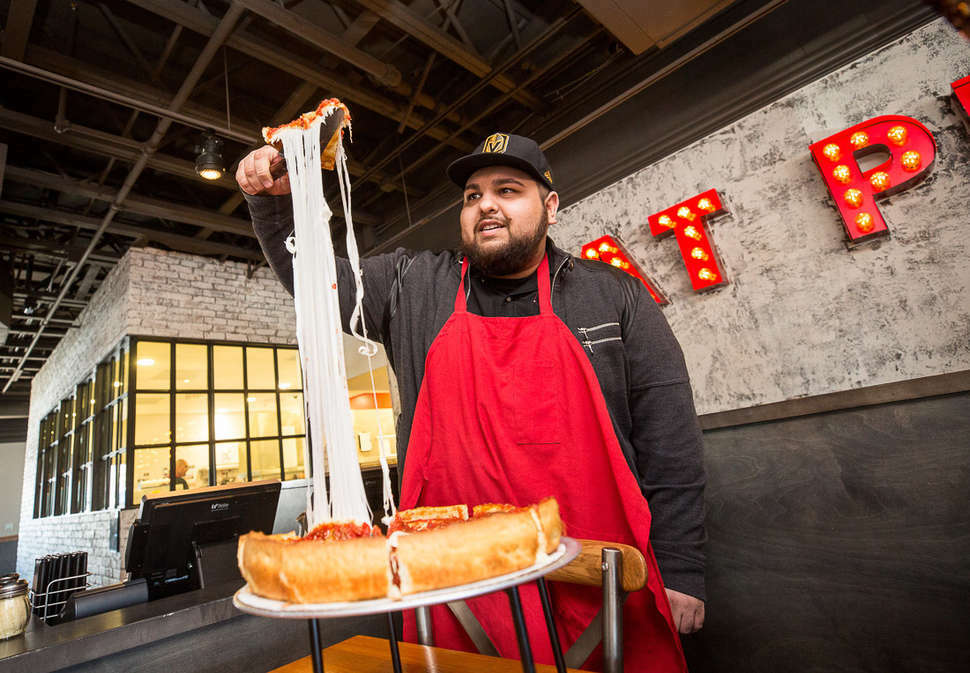 Well, here we’re. The Bruins and Blues are returned to Boston on Wednesday night, marking the first Stanley Cup Final Game 7 to be hosted. It’s safe to mention that maximum folks may be looking at the game. Still, if you’re no longer paying heaps of dollars for a seat at TD Garden, right here are a handful of bars and eating places — lots of them close to the action within the West End — to provide food and drinks specials at some point of the sport.

Well, here we’re. The Bruins and Blues are again in Boston on Wednesday night, marking the first Stanley Cup Final Game 7 ever hosted within the city. It’s safe to mention that maximum people may be looking at the game, however in case you’re no longer paying hundreds of dollars for a seat at TD Garden, here are a handful of bars and restaurants — lots of them near the motion in the West End — to offer food and drinks specials throughout the game.

Southie bar and grill Backyard Betty’s will get into the spirit with the aid of presenting Betty’s Ultimate B’s Backyard Burger for a restrained time. The timber-grilled burger will come with chopped barbecue brisket, chipotle mayo, smoked gouda, sparkling tomatoes, and shredded lettuce. It may be devoured even as looking Game 7 at the eating place’s TVs or 12-foot projection screen. (a hundred and seventy W. Broadway, Boston)

Purchase any neighborhood beer at this West End spot on game day, and also, you’ll acquire a unfastened 1/2 order of wings. Need help with your beer selection? Try the Blake’s Honey Blond, a collaboration among the eating place and Cambridge Brewing Co. (276 Friend St., Boston)

During Wednesday’s sport, wings and flatbreads may be half off at City Winery, positioned only a quick walk from TD Garden. But in case you want something a touch more symbolic, order one of distinctiveness drinks: the Black and Gold with Privateer Amber rum, pineapple juice, and passion fruit with a dark rum floater, or The Cup with Tito’s Vodka, St. Germain, and lemon juice, and topped off with cava. (eighty Beverly St., Boston)

Bruins fanatics in Cambridge would be smart to move over to Grafton Street, wherein a drop-down projector display will air the sport — and wherein diners may be capable of order 1/2-priced summertime nachos (smothered in grilled corn, tomatoes, crimson onion, bell pepper, queso fundido, and avocado crema) and chook wings with housemade hot sauce and carrot and celery sticks. (1230 Mass Ave., Cambridge)

While looking at the B’s battle the Blues, thirsty fans can sip on Lord Hobo’s 617 Title Town brew, a hazy New England IPA released in April. The Harp will provide it completely for the sport. (eighty-five Causeway St., Boston)

Bruins lovers with a candy enamel can channel their fandom with ice cream at Lower Mills Tavern, a community bar in Dorchester. The Black & Gold — double chocolate ice cream with a golden caramel swirl and gold M&M’s from close by The Ice Creamsmith — might be served as a single scoop from Wednesday to Friday and as an ice cream sandwich housemade chocolate chip cookies on Saturday and Sunday. (2269 Dorchester Ave., Boston)

The Everett-based brewery’s new West End region at Lovejoy Wharf is a stone’s throw from TD Garden, and they’ll be getting into the revelry with $3 off all appetizers beginning at five p.M. Wednesday. Be certain to test out the new Lord Stanley farmhouse ale on draft — better but, if your name is Stanley, you’ll devour in the course of the sport without spending a dime. (1 Lovejoy Wharf, Suite a hundred and one, Boston)