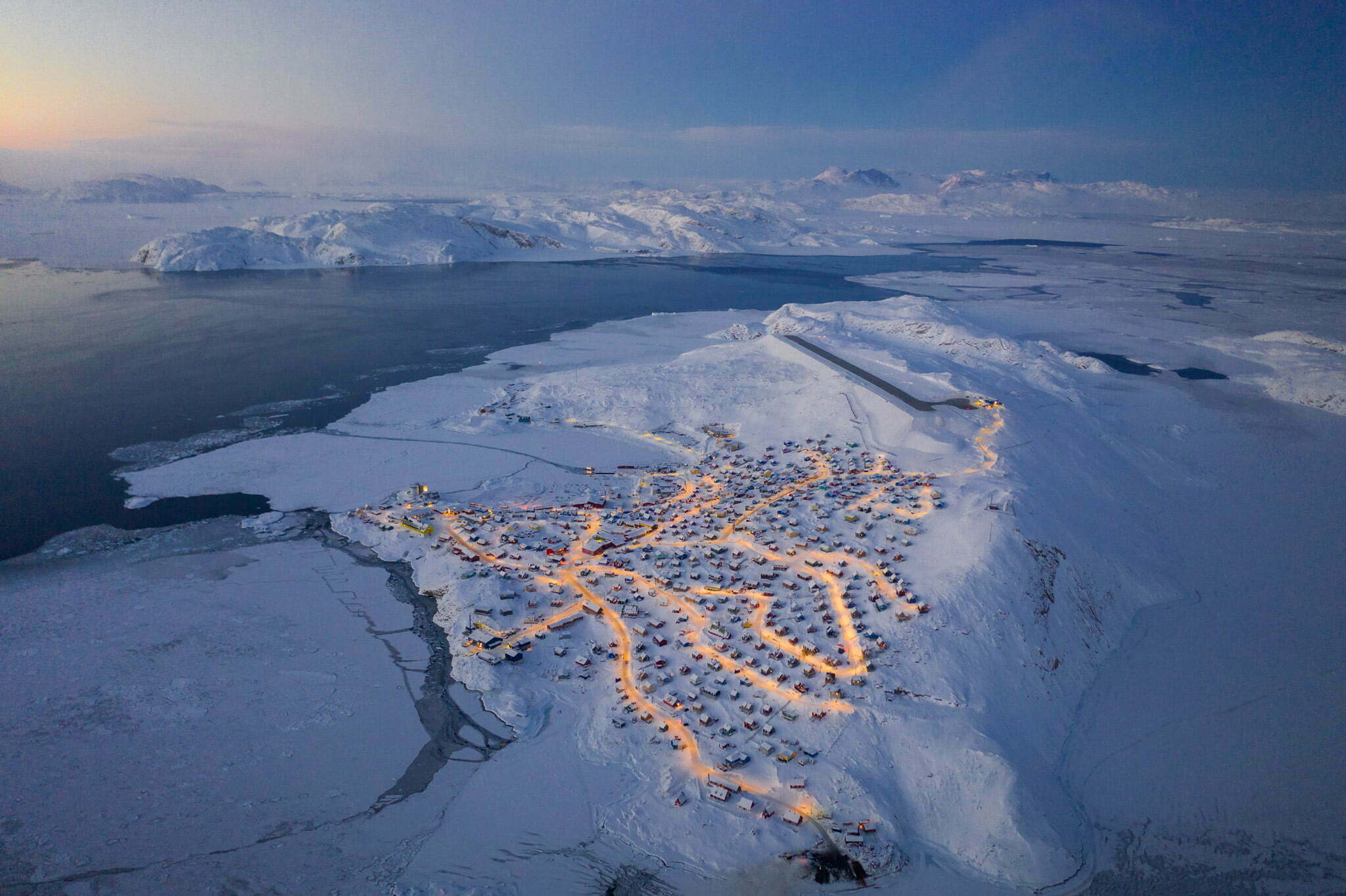 On a stormy spring day, crisp winds blew across the snowy peaks out of Upernavik, Greenland. Locals considered the balmy -30°C temperature a warm March evening, so that they scampered to run errands underneath the setting sun. Photographer Weimin Chu had settled on a slope near the airport with views of colorful homes below.

“I observed the structure, color, and mood [to be] so quality from this attitude,” he recalled later, “mainly the light at dusk.” Hoping to photograph a person walking or youngsters gambling within the panorama, he becomes excited to look at a small circle of relatives making their manner beneath the streetlights instead. Working with precision within the low light, he captured the image he had expected—and the grand prize of the 2019 National Geographic Travel Photo Contest. Upernavik’s remoteness made an impact on the Chu. “I ought to most effectively see a natural white land blanketed through ice and snow throughout my complete flight. But I suddenly saw a big, heat dot in [the] a long way distance—it becomes Upernavik. The beauty of this tranquil village become actually passed my imagination. It changed into a wow second for me.”

The Chu had visited the island for years to seize its austere landscapes; in 2019, he began to record Greenland’s humans and communities, first traveling Upernavik in March. The small, northwestern fishing village is domestic to about 1,000 citizens—making it the thirteenth biggest village inside the united states. The Chu originally deliberate to live for two days; however, prolonged his experience: “I needed to stay for one week because there had been no flights. So I became fortunate because I took this prevailing picture on my sixth day in Upernavik. If I only spent two days there, I [probably] wouldn’t have observed this location this yr,” Chu says. (See more images from the 2019 Travel Photo Contest.)

The Chu spent six days scouting Upernavik’s environment for picture possibilities, mastering the locals at stores and the main harbor. He was hoping to capture sweeping perspectives of the city and placed himself ways enough from the street to photo daily existence activities unobtrusively. After making a few snapshots within the dusk light, Chu opened his ISO and aperture, hoping to freeze humans’ moves; simply then, an own family emerged from their home, and he seized the moment.

“It felt so harmonious. The whole land becomes covered with white, bloodless snow, and the blue tint at nightfall made it even cooler. But the light from the windows, road lighting fixtures, and the family of three made the arena warm again. I love the assessment and mood of this scene. I become busy taking non-stop photographs at that point, seeking to capture the first-class second,” he stated.

The Chu began photographing for the duration of his college travels, and after three years operating as an engineer, got down to attention on his photography. Then he serendipitously entered the National Geographic Photo Contest. “Just after I started leaning into photography, my photograph changed into selected as an editors’ choice in the 2012 National Geographic Photo Contest. It [really] prompted me, and images [has become] part of my lifestyles considering that point,” Chu remembers.

Spending two months packrafting inside the southern Greenland fjords fed Chu’s ardor for the outdoor journey. Now he plans to return to the island to recognize his images on Greenlandic groups and residents’ courting with the surroundings. “Modern life has exceptional influences on the cultures in those different areas,” Chu stated. He also aspires to similarly evolve his photo tasks within the mountains of Pakistan and China, merging his passion for outdoor adventure with his images, “I’d like to share some exquisite but lesser-known snowy mountains with human beings.”