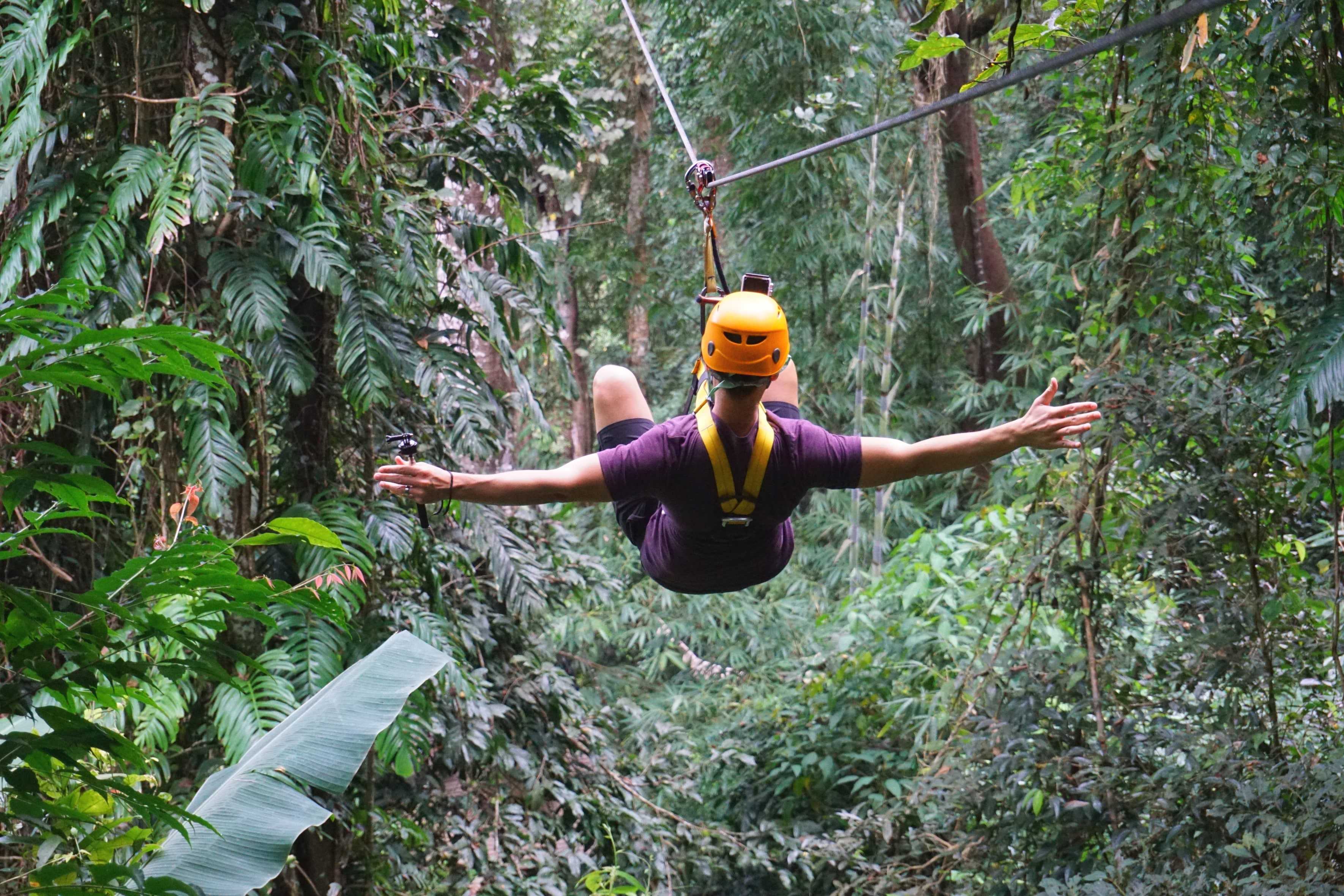 CHIANG MAI, 14 June 2019: Flight of the Gibbon Chiang Mai reopened last week after securing police clearance, almost two months after a fatal zip line accident on 13 April. Police in Chiang Mai gave the green light for the popular attraction to resume bookings and sales of zip line packages that cost a minimum of THB4,199 for the two-hour ride through the treetops.

Unconfirmed reports blamed the accident on “metallurgic failure,” although the investigation report has not been officially made public. Chiang Mai’s adventure travel community believes a reluctance to make the investigation report public may fuel further speculation that could damage the city’s tourism. Canadian tourist Spencer Donaldson clipped in for a 5 km ride at Flight of the Gibbon, but within seconds after stepping off the platform, he fell 12 meters to his death. Last month, his family told Global News Canada they hoped the tragedy would help spark safety changes in Thailand’s adventure travel industry, particularly the standards and safety procedures for popular zip lines across the country.

Flight of the Gibbon at the time of the accident told local media, Donaldson had completed a safety orientation and that he was within the ride’s 125-kg weight limit. But Donaldson’s family, in an interview with Global News late last month, referred to allegations that cable clamps on the ride may not have been installed properly. “We are delighted to have the support of the Thai government and local authorities to implement change and accountability that will make safety in zip lining equal to other countries,” said Donaldson’s family in a statement following a memorial service for the 25-year old Spencer. Donaldson’s family wasn’t the only one raising concerns about the safety of zip lines and other adventure travel activities in foreign countries, Global News Canada reported in a recent update.

It quoted Liberal MP Pamela Goldsmith-Jones saying Canada has since updated its travel advisories on Thailand with a warning about adventure sports.“It’s essential for people to understand that international standards may not necessarily be adhered to in adventure sports,” she claimed.  Operating for more than 12 years in Chiang Mai, Flight of the Gibbon responded to questions from TTR Weekly with a statement on what may have caused the accident. It focused on what the zip line trade calls a ‘swing apparatus .’“The tragic accident occurred on a swing apparatus, a distinct optional activity.

“Our entire course, as well as the swing apparatus, is safe. Nevertheless, for the immediate future, the swing apparatus has been removed from the location and is thus not offered.” The company’s website and TripAdvisor statements on safety checks suggested it had an affiliation with the US-based Association for Challenge Course Technology (ACCT) that has since been called into question by critics. In response to TTR Weekly’s questions on the validity of its ACCT safety inspections, the management noted: “The Chiang Mai course regularly undergoes several types of inspections. “It is annually inspected and certified by an ACCT Level 2 certified inspector, most recently in November. Our understanding is that this is the only way to certify that the course meets ACCT standards. ACCT does not issue certificates to individual ropes or zip line courses directly.