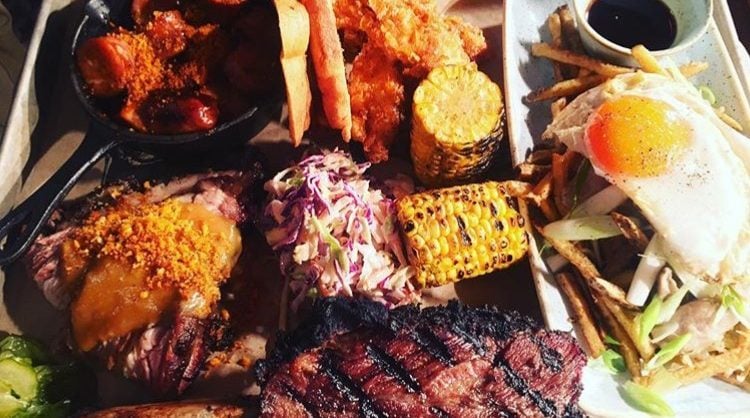 Liverpool’s new culinary hub, Duke Street Food and Drink Market, opens its doors this week. Before it opens to the public, the ECHO has been for a sneak peek internal on the six new unbiased food groups, flagship eating place, and 3 bars.

The development has been led with the aid of co-founders of Graffiti Spirits Group, Matthew Farrell and John Ennis (the team behind Santa Chupitos, El Bandito, Salt Dog Slims, 81ltd, and Santa Maluco) and Alexander Bennett, Joshua Marco, and Simon Marco, from food and drinks operator, Urban Food & Drink. Matt Farrell said: “We want Duke Street Market to be an artisanal hub for years yet to come and something that the human beings of Liverpool may be happy with.

“The constructing appears the first-rate and could be an area in which quality, experienced operators can come together under one roof.” Duke Street Market will house a 50-cover showpiece eating place, Pilgrim, which appeared on BBC2’s ‘My Million Pound Menu’ in advance this year and earned the investment to bring their eating place and bar concept to existence. A host of additional buyers had been confirmed, consisting of a mix of main Liverpool talent, and the venue will also residence three specific bars and a terrace. Unlike different food halls, the food at Duke Street might be served to the tables using a waiting team of workers. Director of Urban Food & Drink Alexander Bennett said: “We intend to create a network spirit for both visitors and the folks that work in the market.

“From apprenticeships to network workshops, we are hoping to provide something lower back to the network and thru activities from yoga workshops to visitor chef appearances; we goal to create a buzz so that it will preserve site visitors coming again.” Two of the things in this life that none of us can do without are food and drinks. We must have food and drinks to survive, but they also play a major role in our social lives. Interactions such as family gatherings, dating, or just sitting down with a friend for a drink or a cup of coffee. And how many business deals, both large and small, have been consummated over lunch or dinner? The answer is “countless.” Restaurants provide the ambiance for social gatherings and business meetings. After all, a great many of our parents had their first date in a restaurant and got to know each other over food and drinks. Had they not done so, then some of us might not be here today.

In the different countries worldwide, with all of our cultural differences, food and drinks are what bring people together. In Hawaii, they have the Luau, Germany has Oktoberfest, Russia has Easter Feast, Mexico has Cinco de Mayo, and your hometown has the police officers at the donut shop. Imagine what life would be like if we ate just because we had to. There would be no festivals, no galas, and very few social gatherings. Of course, we would still see the police officers at the donut shop because…..well, just because.